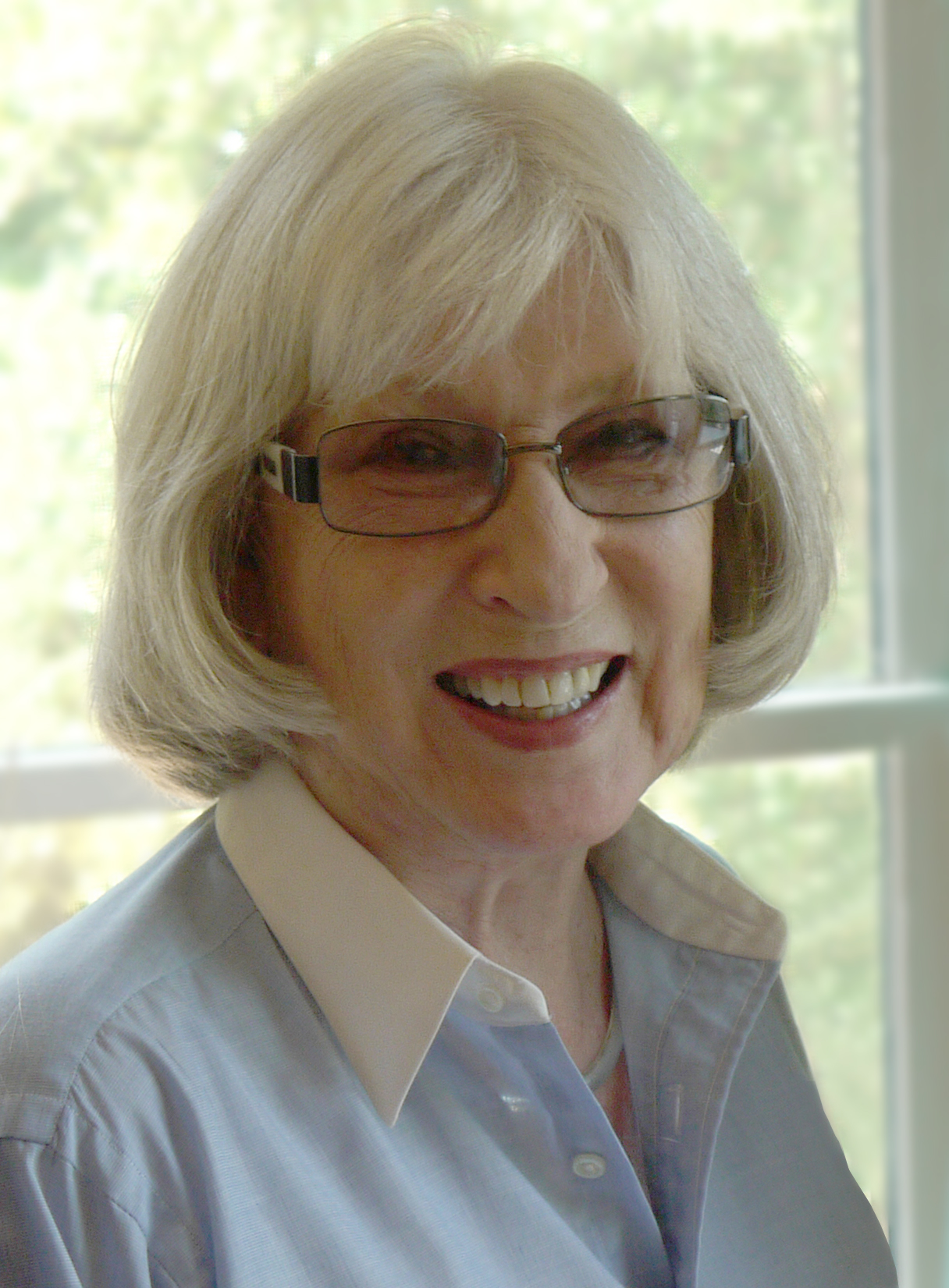 Savannah Lakes Village attracts interesting people: hardworking, sleeve-rolling, pitch-in-and-make-it-happen type people that make our community endearing and wealthy in the ways that matter (a bit like Lake Wobegon without the harsh winters).

From its inception, the village was a modern Wild West calling adventurers and pioneers to settle deep in the beauty of the lake and her forests.

Octogenarian June Wininger is one of our founding pioneers who bought a lot in Savannah Lakes Village in the late '80s and moved here in 1991.

Her husband, Sam, designed their home in Southwind (the first neighborhood developed in SLV), and they were among the first ten (10) building permits in Savannah Lakes Village. I visited with June and her daughter, Joanna Beckman, recently to learn more: "I fell in love with this place! I told Sam I wanted water and a pontoon boat...I got everything I wanted AND a newspaper!"

June Wininger is the creator and force behind Shorelines Magazine, which she sold to Capital Home Builders in 2009. Hers is a story of a true Southern lady with determination, wit, and grit. Poised and utterly delightful, she shared her memories of finding an assistant job at the SLV POA, where she helped with a newsletter called "Newsy Notes": a "boring publication with nothing interesting about it." June remembers.

When management changed, Newsy Notes became a newspaper. The members-at-large voted on a new name: The Sun. June would have to wait a few more years for a moniker that met her approval. She purchased the publication outright in 2000, promptly rebranded, and introduced Shorelines: Lakeside Living on The Savannah River. 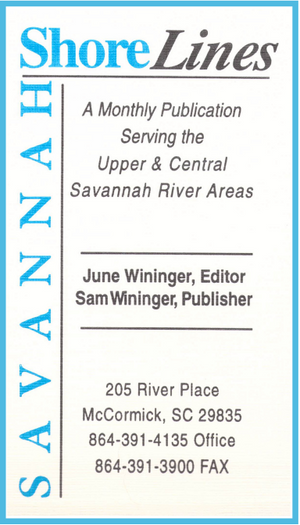 At one time, the newspaper was forty-eight pages! June employed the best students from Piedmont Tech and The Messenger. A staff of five journalists and one photographer (Sam) worked out of June's walkout basement composed of a dark room, five computer workstations, and a large layout table where they could "typeset a giant puzzle" with every page to scale then waxed. June would then drive the original to Waynesboro, Georgia, for print.

One day, the printer told June they could no longer produce the publication this way. They had to go digital! And so, June and her staff learned to use Adobe InDesign and other digital publication tools. No easy task. To be self-taught in InDesign is akin to conducting Schumann without the sheet music.

"And I was in my sixties when I moved here!" laughed June as she glanced around her beautiful home where her family gently bustled in the background packing for her upcoming move. Their love is evident in every gesture. Fond smiles and glances as they overhear her reminisce, telling how lucky they know they are to have June in their lives and what a grand adventure Savannah Lakes has been for them all.

How lucky we all are that June fell in love with the lake and wanted to make this place her home!

Note: Ms. Wininger is moving to be close to family for the next couple of decades.