One of our favorite new watering holes is just across the bridge in neighboring Lincolnton, GA. Less than 10 minutes from Savannah Lakes Village, Back Paddle Brewing offers delicious local fare, high-quality small-batch brews, and live music. 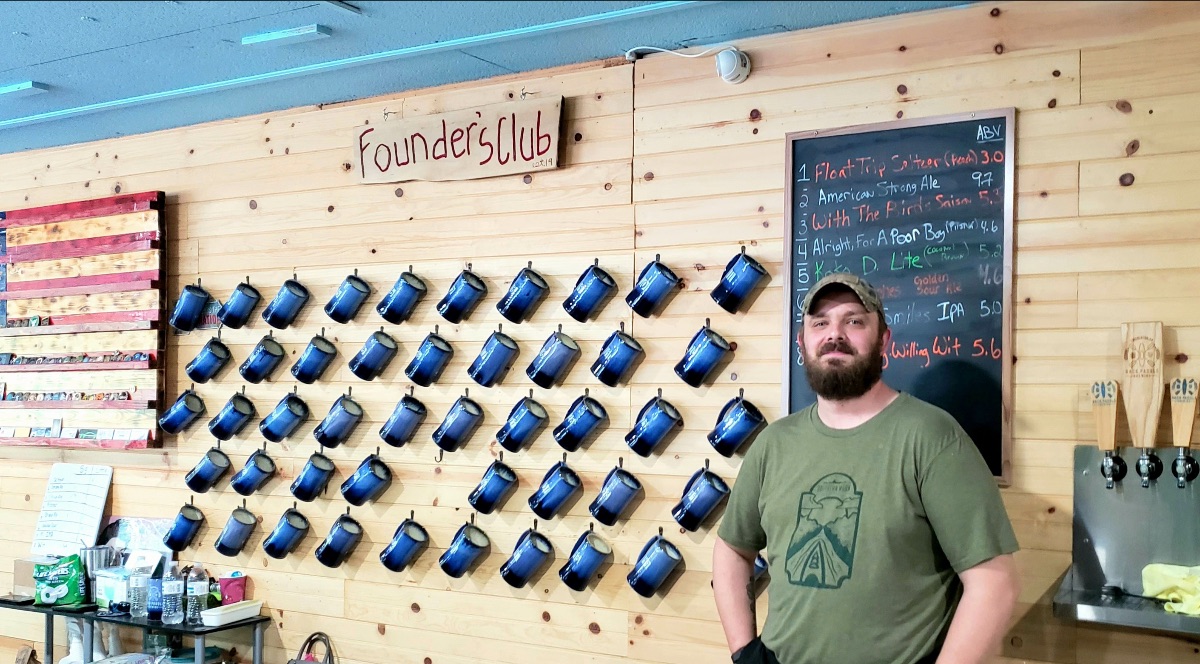 Owners Kyle and Emily McCloud opened their doors on October 9, 2020, at the end of tourist season and in the middle of the pandemic. The first few months were tough, but 2021 has been booming. Kyle smiles when asked how business is going: "I had to stop posting on Facebook that we had record-breaking sales over the weekend....every weekend is better than the last!" 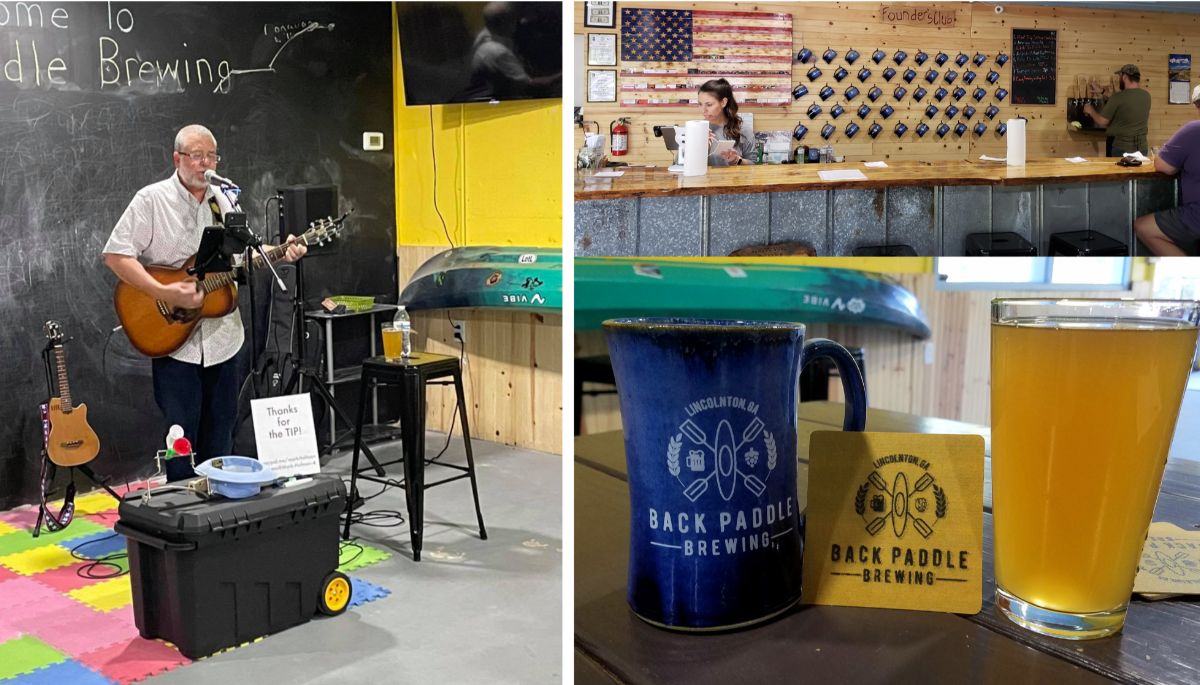 Business is so great that Kyle just doubled Back Paddle Brewing's capacity with six brand new tables built with the help of his friends from Tackett Family Ranch. When I stopped by to interview him, Kyle was sweeping up the sawdust from their expansion project. For the first few months, the brewery sat 50 people; now they will be able to accommodate closer to 100 at a time! 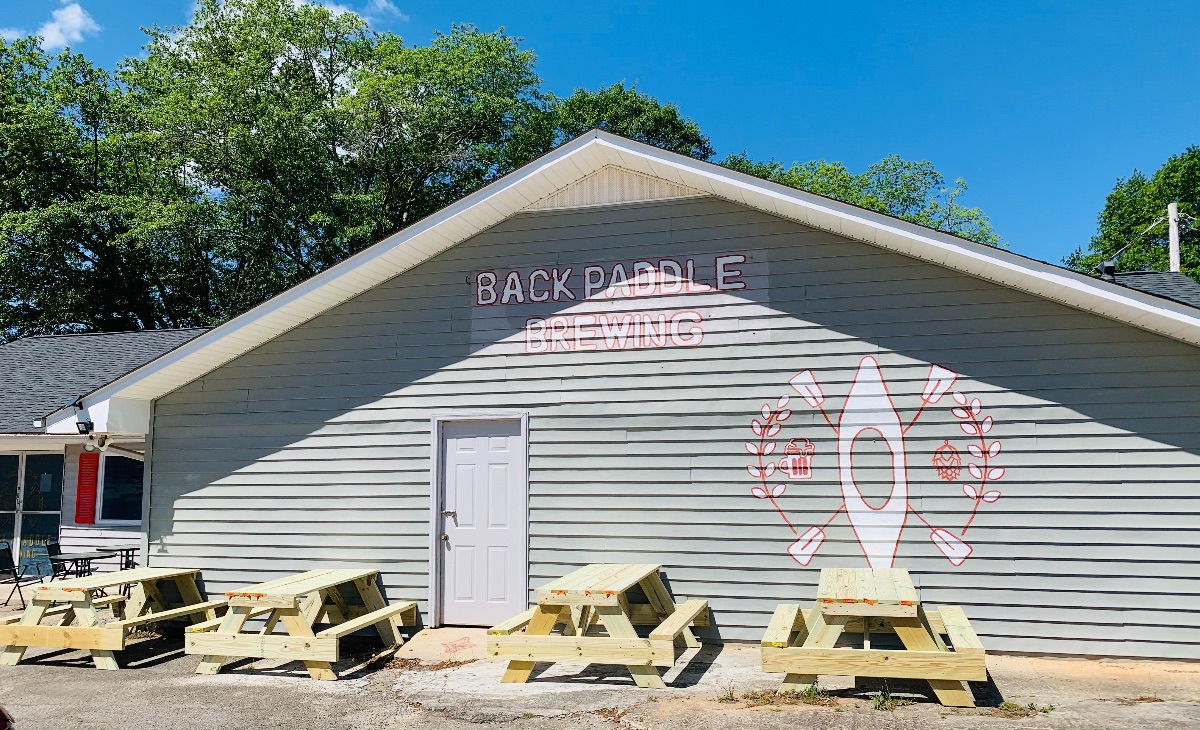 Kyle has been brewing for almost 20 years. While in the military, his last tour in 2013 was in San Diego, CA. Inspired by the craft breweries there, he left the service determined to open his own brewery in his hometown of South Bend, IN. While working full time as an analyst, Kyle went to culinary school and then apprenticed at Notre Dame University. His plans to stay in South Bend changed in 2015 when Fort Gordon called with an analyst job Kyle couldn't refuse. Once he and his wife Emily were settled in Augusta, Kyle opened a catering business catering almost exclusively to the Masters. His beef supplier (Tackett Ranch) suggested he consider Lincolnton, GA as a potential site for his brewery. Lincoln County welcomed the McClouds and their brewery. During the initial call, the county's questions were: "When can you get here and how can we help you?" 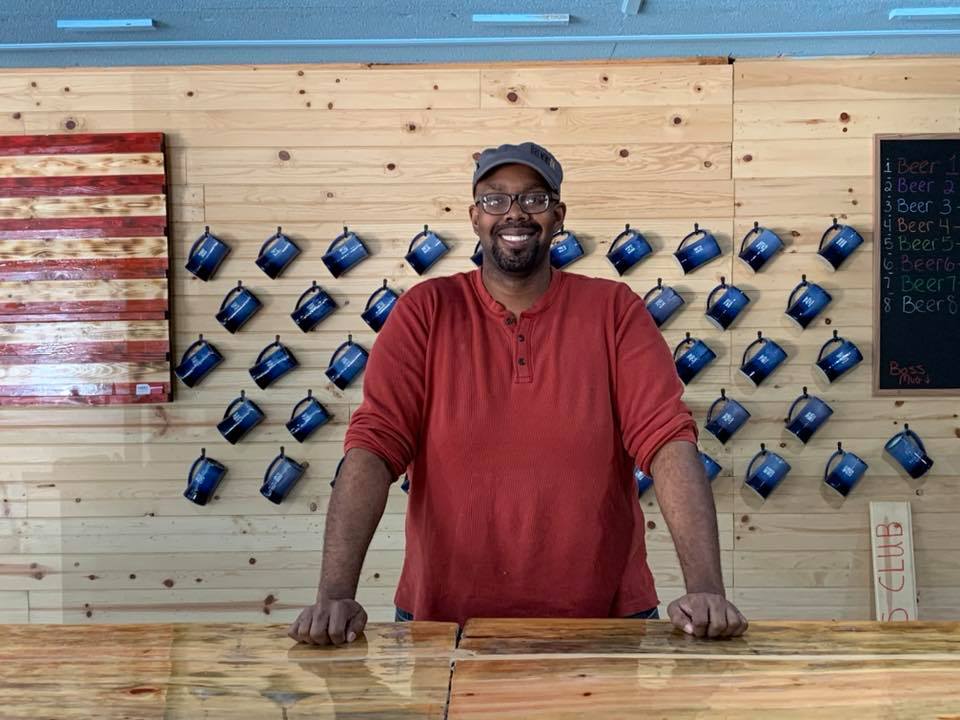 Kyle is usually out front during business hours. He does not brew much these days but consults with full-time brewmaster Jason Slater from Augusta, GA. A serious craftsman, Slater looks a bit like a scientist, but his beers are pure artistry. When asked who his favorite brewmaster is, Kyle doesn't hesitate: "OURS! Jason Slater. He's amazing."

While living in Augusta, Kyle began kayaking with a veterans group. On his first trip down the rapids of the Savannah River, the more experience kayakers yelled out some noteworthy advice: "it doesn't matter if you forward paddle or back paddle, just keep on paddling!" Thus the impetus for the brewery's name.

At the heart of Back Paddle Brewing is a firm resolve to not only "keep on paddling", but to support the local economy. Farm to table has become a bit of a buzzword, misused as a marketing ploy by some, but Kyle takes the concept literally. "We use commercial restaurant distributors as little as possible. Our beef, pork, and produce are sourced from three local counties: Lincoln, McDuffy, and Columbia." A farm in Thompson, GA is the farthest source.  Back Paddle's commitment to work only with local farms supports the local economy and delivers the freshest possible meals to their customers.

When you visit, we look forward to introducing you to the McClouds and their exceptional locale. In the meantime, remember to keep on paddling and follow them on Facebook. 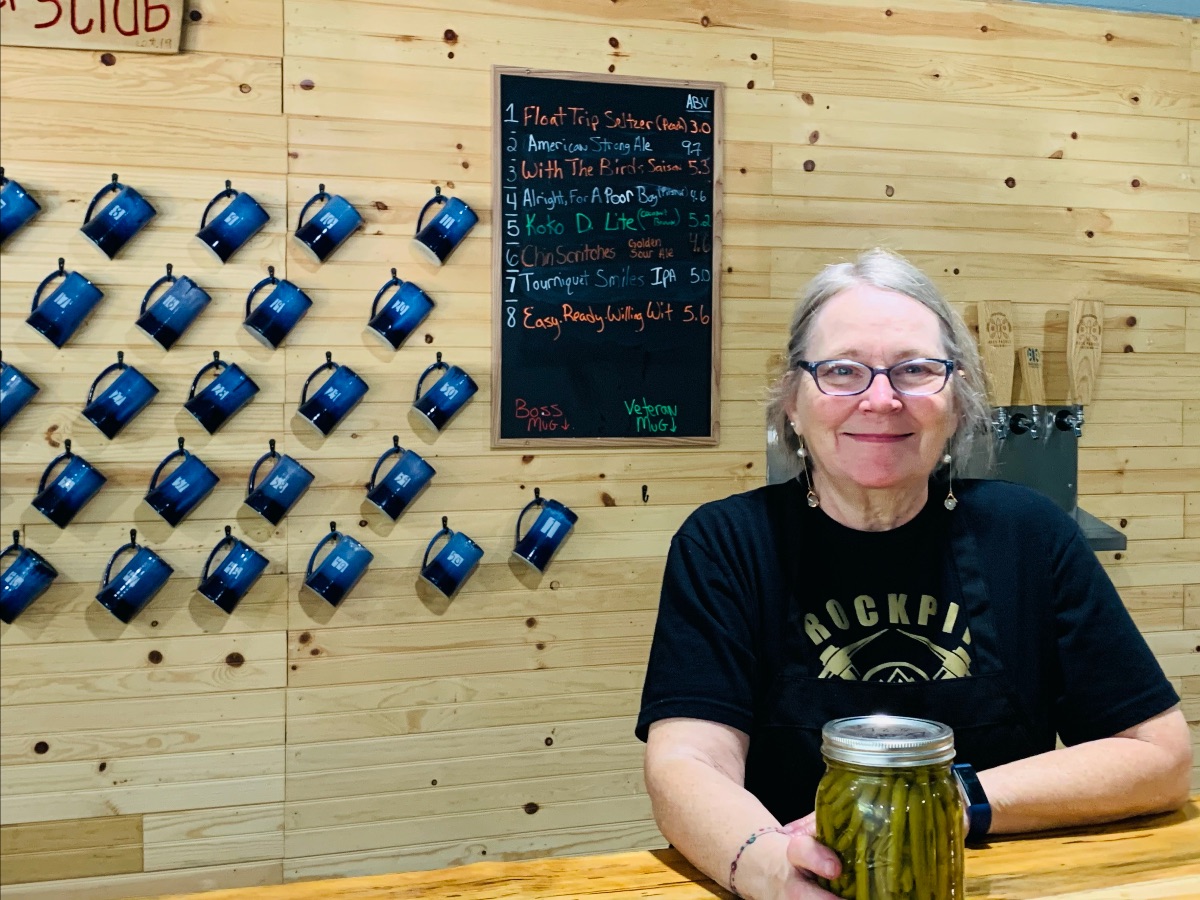 Caption: Emily's mom, Jen Chamberlin, displays a jar of her scrumptious pickled beans. Jen is an integral part of the family business.